Tomlin: Steelers’ Mix Of Personnel In Secondary ‘By Design’ 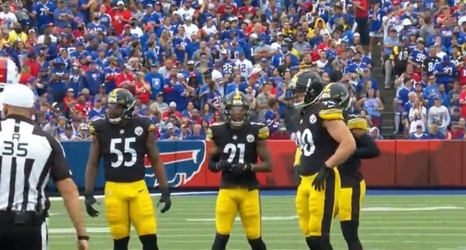 The Pittsburgh Steelers utilized several different players to patrol the slot when they were on defense on Sunday against the Buffalo Bills, an offense that likes to spread the field and put the ball in the air. They played a few dozen snaps in dime defense, even, and featured, among other things, Minkah Fitzpatrick rolling down into the slot.

While this was partly by necessity because of the losses that they suffered this offseason, it was also specific to their opponent, and shouldn’t necessarily be taken as a blueprint for their strategy going forward, at least in terms of frequency of deployment.