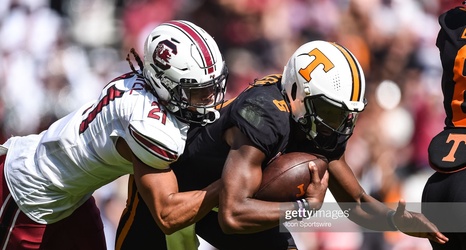 According to a tweet from his agent, South Carolina defensive back Carlins Platel will be in attendance with the Steelers Friday through Sunday after a strong showing at the Philadelphia Eagles’ rookie minicamp earlier in the week, though he was not offered a contract. Platel becomes the first player to join the Steelers’ rookie minicamp after a tryout with another team.

After a great showing at the #Eagles rookie mini camp, @CarlinsPlatel has been invited to tryout for the #Steelers this week!