Richard Sherman On Kenny Pickett: ‘It’s Hard For Me To Trust A QB Who Wears Gloves All The Time’ 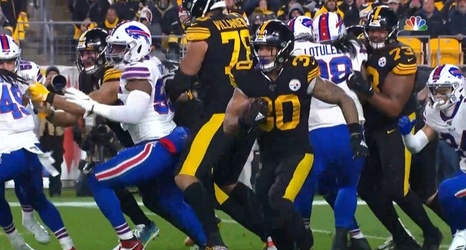 The undersized hands of new Pittsburgh Steelers quarterback Kenny Pickett sure was a huge talking point during the pre-draft process and now that that process is over with, there are still a few people revisiting the topic as part of them attempting to predict the young player’s future. One of those people is former NFL cornerback Richard Sherman, who recently weighed in on the selections of several from the 2022 quarterback draft class on his own podcast.

“Do I think he’s the quarterback of the future? I don’t know,” Sherman said of Pickett. “It’s hard for me to trust a quarterback who wears gloves all the time.