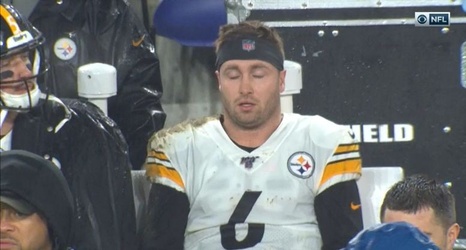 Suffice it to say that Pro Football Focus was not among those who were overly impressed with the play of Devlin Hodges over the course of his rookie season with the Pittsburgh Steelers. An undrafted free agent quarterback out of Samford, the world-champion duck-caller did not even make the team’s initial 53-man roster, but ultimately ended up starting six games, the team winning three of them.

While many were well-ensconced in Duck Season during exhibition play back in August, even then, the site was not overly high on him. Now that many have turned against him thanks to his play over the course of the final three weeks of the season—which featured seven turnovers and one touchdown pass—their take is no longer unpopular, however.