Mason Rudolph Ranked 31st Among QBs In 2019 By Pff 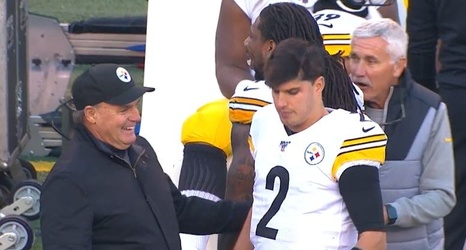 The Pittsburgh Steelers won’t be playing again until, most likely, the Hall of Fame game, but that doesn’t stop outlets from talking about them, or all teams, depending upon the format of the discussion. Recently, on the eve of the Super Bowl, Pro Football Focus published a list ranking the primary quarterbacks from the 2019 season.

As you would imagine, the Steelers did not grade out so favorably. Mason Rudolph was the primary quarterback of record, having started eight games and having attempted the most passes and thrown for the most yards and touchdowns on the year.