Chargers Head Coach On Sunday Play Of Steelers’ Hodges: ‘I Thought He Was Outstanding’ 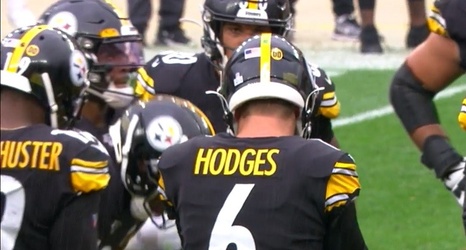 The Los Angeles Chargers will host the Pittsburgh Steelers Sunday night and their head coach Anthony Lynn made it sound like on Wednesday that his team is preparing for rookie quarterback Devlin Hodges to start against them. Additionally, Lynn made it clear on Wednesday that the Steelers offense will likely be in good hands should indeed Hodges be the one to ultimately lead it Sunday night.

“I know they’ve gone through a couple of quarterbacks, but the young man that came in last week, I mean, I thought he was outstanding,” Lynn said of Hodges, who made his NFL debut this past Sunday when he took over for concussed starting quarterback Mason Rudolph early in the third quarter.