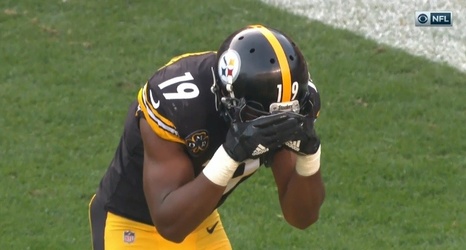 Will Pittsburgh Steelers defensive tackle Cameron Heyward be fined this week as a result of him seemingly punching Los Angeles Chargers quarterback Justin Herbert while he was on the ground during the Sunday night game between the two teams? It’s hard to say for sure, but as of Thanksgiving Thursday morning, Heyward has yet to hear from the NFL concerning that incident. During is Thursday media session, Heyward once again addressed him seemingly punching Herbert during the Sunday night game after chasing the quarterback down the field on a long scramble run.

“Yeah, I honestly didn’t even know like what exactly happened,” Heyward explained on Thursday.