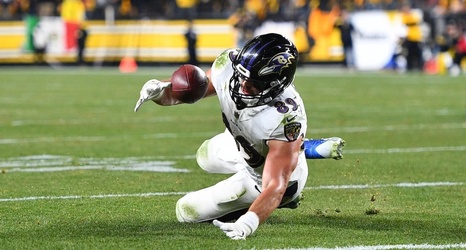 The Ravens and Steelers have played some classic games over the years in a rivalry that has been as heated and close as any in the NFL over the past two decades.

And they've had some fantastic finishes, from Antonio Brown reaching the ball across the goal line in the closing seconds to clinch the AFC North title, to Troy Polamalu getting a strip sack of Joe Flacco to send the Steelers to the Super Bowl, among others.

This one might not rise to the level of those games in terms of importance, but the end was no less thrilling.