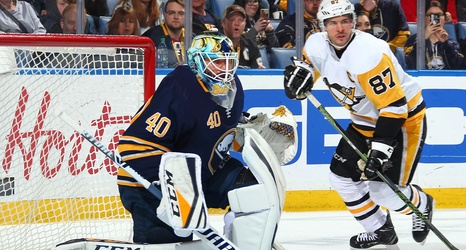 The Penguins begin their preseason slate of games tonight against the Buffalo Sabres. Although the game won’t be broadcast, the Penguins will be streaming two of their upcoming preseason games. [Penguins]

Dominik Kahun is looking to hoist the Stanley Cup after winning an Olympic medal. [Penguins]

Brandon Tanev has been given quite the opportunity now that training camp is underway. [Penguins]

Let’s take a look at what the Pens are offering on their giveaway nights this season. [Pensburgh]

Who is going to start the season alongside Sidney Crosby and Jake Guentzel?