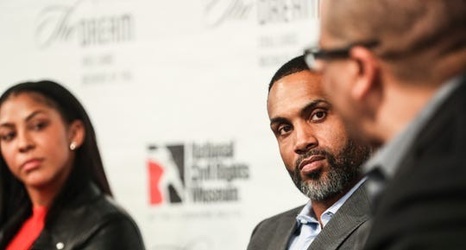 Playing in the NBA and remaining a part of the league through broadcasting has provided Grant Hill a lifestyle the majority of all races haven't lived.

He made millions, but isn't immune or ignorant to the struggles of being an African-American male in the United States. Grant, the Naismith Hall of Famer who played five of his 18 NBA seasons with the Phoenix Suns, addressed this in an NBA Together Virtual Roundtable that streamed on NBA Twitter and aired on NBA TV this week.