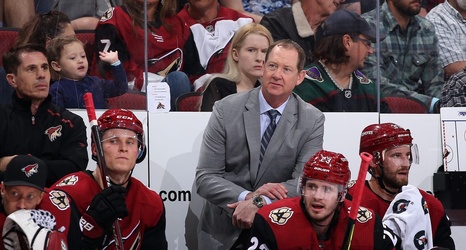 The Coyotes presumably will be looking to fill an assistant coach position on head coach André Tourigny's staff this offseason, after the team and assistant Phil Housley mutually agreed to part ways on Sunday.

Housley's three-year contract was set to expire. He joined the Coyotes and former coach Rick Tocchet's staff before the 2019-2020 season after two seasons as head coach of the Buffalo Sabres.

For a few days this season with Tourigny in the NHL's COVID protocol, Housley served as temporary co-head coach with fellow assistant Cory Stillman.

“On behalf of the entire organization, I would like to thank Phil for everything he did for the Coyotes on and off the ice the past three seasons,” Coyotes General Manager Bill Armstrong said in a statement from the club.