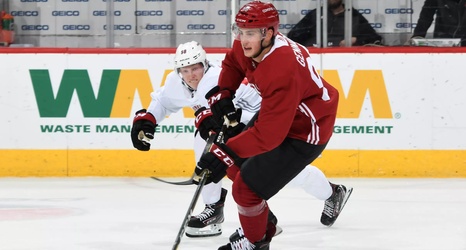 Finnish right winger Aku Räty is sometimes the forgotten brother to Aatu, who is projected to be a top prospect in the 2021 Draft, but the elder of the two certainly has the potential to become an NHLer in the near future.

The Oulu native was drafted in the fifth round out of the Finnish junior league, where he had posted a respectable 19 goals and 45 total points in 52 regular-season appearances for Kärpät U20.