Arizona Coyotes Drawing Attention to Themselves Through Winning Hockey 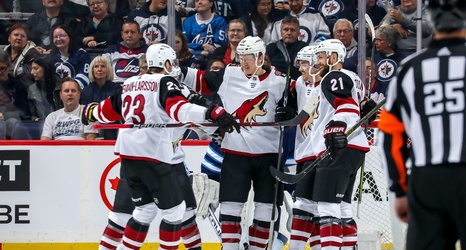 The Coyotes had a tough November schedule that raised some eyebrows at the beginning of the month. Many local hockey enthusiasts thought that the November results could possibly doom the ‘Yotes’ chances of reaching the playoffs altogether. Some folks anticipated certain losses and thus an early-season dive into the far depths of the Western Conference standings. Coyotes fans, of course, kept their fingers crossed and perhaps said a few November prayers.

I imagine that national hockey fans, however, didn’t give much thought to the Coyotes’ schedule at all, nor did they necessarily care. After all, winning hockey in the Arizona desert has never really been a “thing” except for an aberrational season way, way back in 2011-2012 when the Coyotes lost to the L.