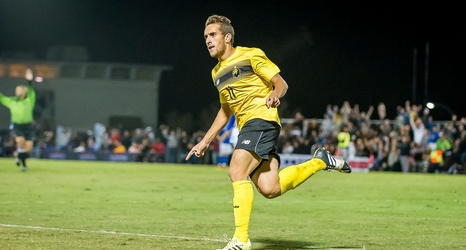 Former Pfeiffer University midfielder Santi Moar became the first of the Philadelphia Union’s 2017 SuperDraft picks to sign with the organization on Monday.

Union head coach Jim Curtin confirmed after Monday’s training that the Coruna, Spain native had signed with Bethlehem Steel FC. Moar was the 82nd overall pick and the fifth and final selection for the Union in the draft earlier this month.

The 23-year-old playmaker starred at Division II power Pfeiffer for two seasons, scoring 24 goals and collecting 33 assists while helping to lead the Falcons to a 25-0 record and national championship in 2015.