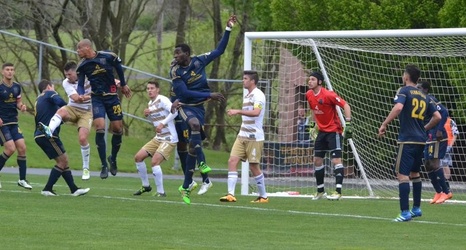 Bethlehem Steel FC tied Louisville City FC 0-0 Sunday afternoon at Goodman Stadium. Steel FC now have a record of 2-2-2 in their 2016 inaugural season and have extended their unbeaten streak to three.

“I think this one had more life to it, certainly on both sides of the ball for them and for us, but happy to keep clean sheets,” head coach Brendan Burke said. “You have to remember we have a 17-year-old center back out there and we just played three of the better teams in the East in my opinion, or historically anyway.