Phillies: J.T. Realmuto not keen to sign with Mets, Yankees 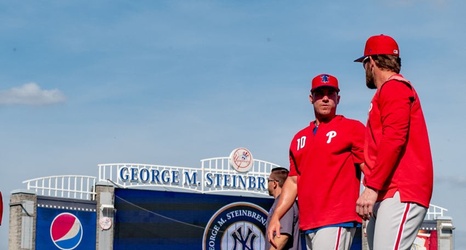 J.T. Realmuto reportedly prefers to play for the Phillies over the Mets or Yankees

The World Series is complete, meaning in less than five days, catcher J.T. Realmuto will likely enter free agency for the first time in his career. The Philadelphia Phillies can issue the perennial All-Star a one-year, $18.9 million qualifying offer, however he is likely to reject that figure, instead seeking a record deal for players at his position.

It has been long speculated that either New York team — the New York Mets or New York Yankees — would pursue Realmuto this offseason to replace Wilson Ramos and Gary Sanchez, respectively.