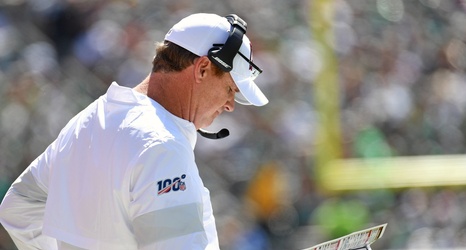 ESPN NFL reporter Chris Mortensen was on SportsCenter Monday morning and had the following quote about the Eagles’ coaching staff:

Barring a run in the playoffs, I would say there’s going to be some significant changes on the Philadelphia staff.

Mortensen went on to say that he has not spoken directly to owner Jeff Lurie, so this is all speculation.

However, changes to the coaching staff seem inevitable no matter how far the team goes.

They currently sit at 5-7 after a loss to the now 3-9 Miami Dolphins. The offense was able to put up 31 points after scoring 19 combined the previous two weeks.