Isaac Motivated to Make Even More Strides Heading Into Next Season 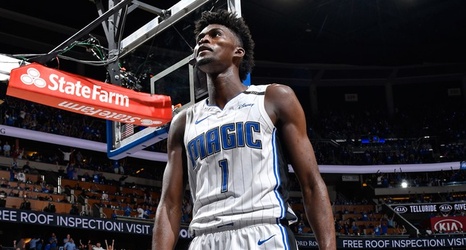 ORLANDO – Going into the 2018-19 season, several players on the Orlando Magic confidently stated that they were looking to second-year forward Jonathan Isaac to be an ``X-factor’’ because of his ability to impact games on both ends of the floor.

Their mission was to simultaneously stoke the confidence and ignite the passion of the mild-mannered forward – a tactic that worked out well for Isaac and the Magic.

Now, going into the summer before his third NBA season, the nearly 7-foot Isaac could very well factor into the Magic’s ability to make major strides next season with his own individual growth.