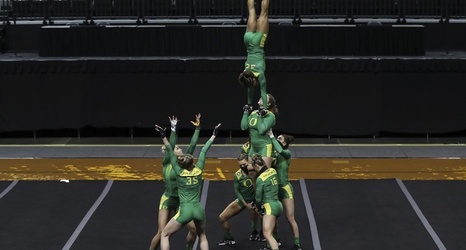 Addie Lacewell, a senior base from Naperville, Ill., earned the honor after helping Oregon to a trio of high scores during the Ducks' meet against Azusa Pacific. Lacewell helped Oregon to a perfect 10.0 in the synchronize pyramid, a 9.90 in the inversion pyramid and a 9.85 in the open pyramid.