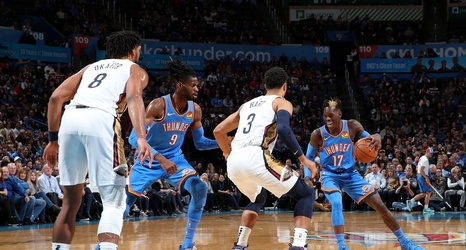 All those close games are starting to pay dividends as the OKC Thunder are learning how to finish games and get the “W” in the process.

It was a match that featured cousins Shai Gilgeous-Alexander and Nickeil Alexander-Walker and never felt like either team had control.

After the first quarter, the OKC Thunder held an advantage of eight points (34-26) which they extended to nine by the half. This was a positive for the Thunder who’ve struggled to get out to solid starts often building a hole and fighting the rest of the game to dig themselves out from under it.