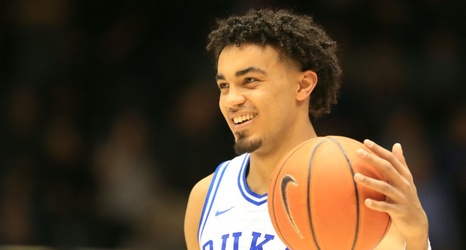 As OKC Thunder fans await the next draft they can catch prospect zoom media interviews with Tre Jones appearing in the first round.

Continuing our preview of the NBA Draft prospects media interviews Tre Jones is the final player who took part in the initial sessions. These previews provide OKC Thunder fans with a first glimpse at the players who’ll be vying to join teams in the 2020 NBA Draft.

If the Duke guard looks familiar it might be because he bears an uncanny resemblance to brother Tyus Jones who plays for the Memphis Grizzlies.