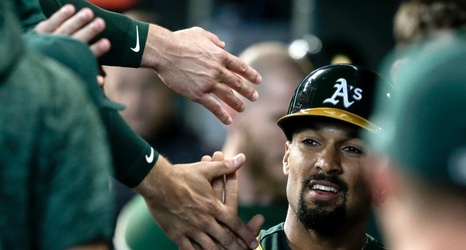 Oakland Athletics shortstop Marcus Semien was sitting on the couch with his family when MLB Network began announcing the game’s major award finalists on Monday afternoon.

He’d need to wait until the show’s last segment to hear the news, and there it was: sandwiched between Houston’s Alex Bregman and Los Angeles’ Mike Trout, Semien was named an American League Most Valuable Player finalist.

His first thought: Pretty cool. Second thought: What a trio to be included in.

“I was just sitting there with my family on the couch and just hoping,” Semien said on a conference call.