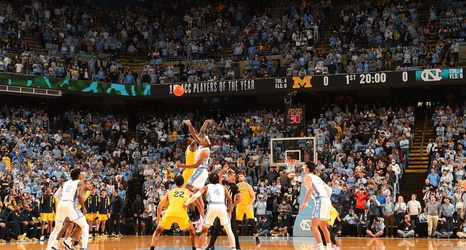 A week off clearly did the Tar Heels good.

After a rough stretch where Carolina dropped both games at the Mohegan Sun, and then looked uninspired against UNC-Asheville, the Tar Heels stormed out with a new defensive focus against Michigan on Wednesday. On the strength of that defense and a blazing second half, Carolina pulled away and blew out Michigan 72-51.

Caleb Love led all scorers with 22, and had one of his best nights as a Tar Heel hitting some Curry-esque threes in a dominant second half performance. He went 9-16 overall, 4-7 from three, had four assists and only two turnovers.