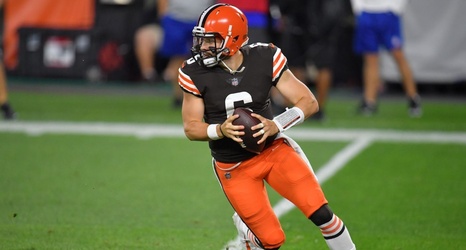 After connecting on his first four passes on a touchdown drive to begin the game, Mayfield hooked up with wideout Odell Beckham Jr. off a play-action bootleg for a 43-yard touchdown down the sidelines to give the Browns an early, but emphatic 14-3 lead.

According to NFL Next Gen Stats, the air distance on Mayfield's TD pass to Beckham Jr. was 53.4 yards, his fourth-longest pass completed thus far in his NFL career.