New York Yankees: We don’t need Stanton back in the lineup… right? 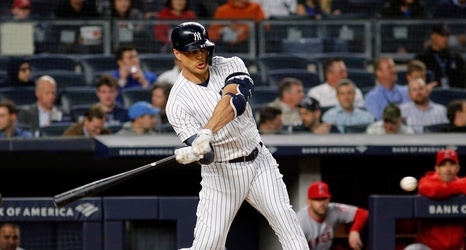 NEW YORK YANKEES – There’s been a ton of hate on Giancarlo Stanton since the beginning of the season. His absence due to injury all year have cast talks of we don’t need him in the lineup. That belief is absolutely crazy.

Stanton’s last three games back have proven what he can do at the plate. He’s knocked in two runs on three hits, not to mention sending one 420 feet during Saturday’s game against the Toronto Blue Jays.

“But Giancarlo Stanton is going to ruin the Yankees chemistry.