New York Yankees: Give Giancarlo Stanton the credit he deserves 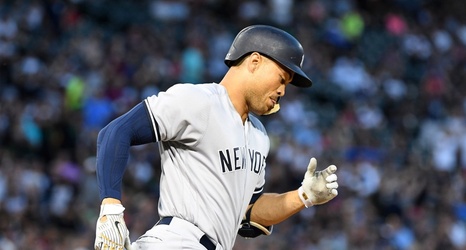 The New York Yankees have one of the best players in baseball and there are fans who aren’t giving him the credit he deserves. Giancarlo Stanton is one of the premier outfielders in the major leagues and good news – he’s coming back for the next homestand.

I get it, the Yankee fans have the “what have you done for me recently?” mindset but when Stanton is at 100%, he’s absolutely terrifying at the plate. This is a guy who won MVP in 2017 with 59 home runs and 132 runs batted in. His first year with the Yankees he struggled, but still hit 38 long with 100 RBIs.