Duke freshman Cam Reddish says he's ready for NBA, with a chip on his shoulder 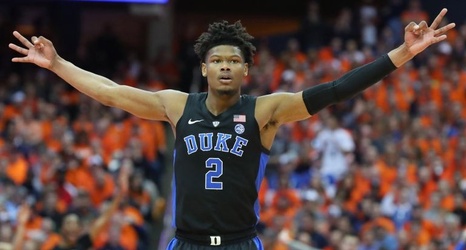 CHICAGO — Zion Williamson and RJ Barrett had already left town, Williamson gone early Wednesday morning and Barrett, just as he may follow closely behind on draft night, just a few hours behind as he headed out.

But the third member of their freshman class of likely lottery picks from Duke, Cam Reddish, stuck around to tell his story, and maybe speak a little for his former teammates. Although Williamson is expected to be the No. 1 pick and Barrett is projected for either No. 2 or 3, Reddish is a mystery, a seemingly perfect pro prospect who struggled on the court much of the season for the Blue Devils.