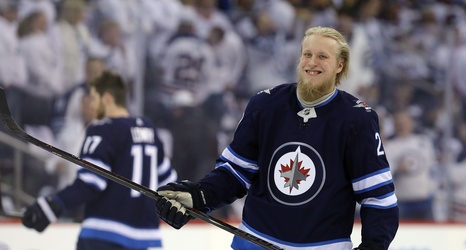 Patrik Laine wasn’t exactly jumping through hoops to tell people he wants to stay with the Winnipeg Jets. That fueled New York Islanders fans to wonder if the former 40-goal scorer could be had.

Sure, Laine seems about as excited to sign a contract extension with the Winnipeg Jets as anyone who has to travel to Winnipeg. But with the year that Laine had, he doesn’t deserve a monster contract. And with the $17 million in cap space the Jets have, there’s no reason give up on Laine.

Meaning our daydreams of Mathew Barzal feeding pucks to Patrik Laine is nothing more than a dream.