Islanders Cal Clutterbuck Is Still Weeks Away From Returning 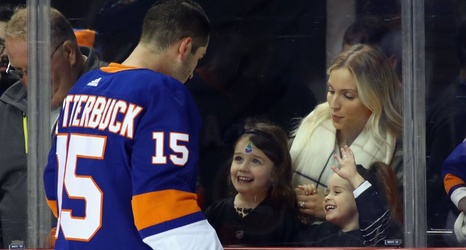 On December 19, the New York Islanders finally snapped their losing streak to the Boston Bruins, winning 3-2 in a shootout. That win came at a price though, as Cal Clutterbuck suffered a freak injury in that game.

He was accidentally cut with a skate blade near his right wrist and has missed 16 games since. He is now back on the ice but it's going to be a while before he's ready to return.

He's skating for the first time, but he isn't shooting the puck or anything like that. Barry Trotz said that Clutterbuck is still weeks away, which is a problem for the Islanders team.