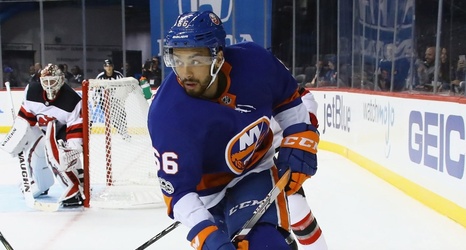 The Islanders agreed to terms with restricted free agent Josh Ho-Sang on a one-year deal, the team announced Monday.

The 23-year-old forward, a first-round pick by the Isles in 2014, notched eight goals and 43 points in AHL Bridgeport in 2018-19, while skating in 10 games with the big club and producing a goal and an assist.

Ho-Sang has had a contentious relationship with the franchise throughout his career, stemming from an incident in which he overslept at training camp and was sent back to his junior club.