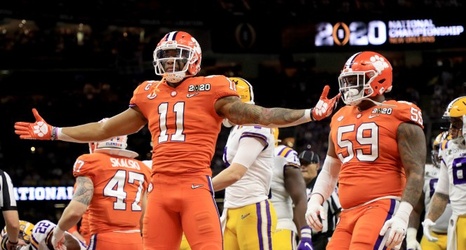 Isaiah Simmons could be the draft answer for Joe Judge’s Giants.

“The things I would do for the #Giants to draft Isaiah Simmons.. #GiantsPride,” tweeted NYGToday.

“There’s no other player in this draft more versatile than Isaiah Simmons. Plays multiple positions & ST’s. Listening to Joe Judge, I know he’s going to utilize him to his strengths.