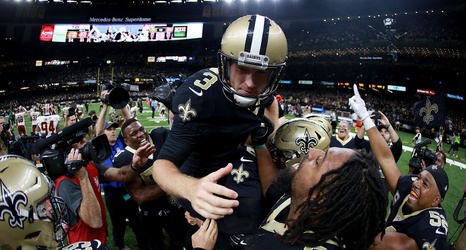 It’s been a big year for New Orleans Saints kicker Wil Lutz. Back in March, he signed a five-year contract extension and became one of the highest-paid kickers in NFL history. On Monday, he earned every penny by hammering in a 58-yard field goal as time expired to win the Saints’ season-opener against the Houston Texans.

On Wednesday, Lutz was recognized as the NFC Special Teams Player of the Week. In addition to that game-winning 58-yard attempt, he also made field goals of 32 and 47 yards earlier in the night. That 58-yarder followed a kick missed just before halftime from 56 yards out, which had the distance but veered off to the left of the goalposts.