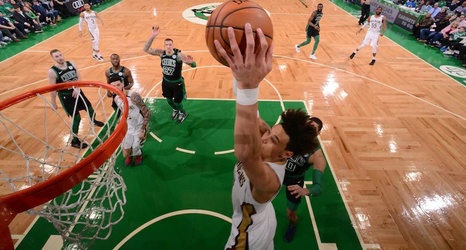 BOSTON – Beyond Jaxson and Jackson, not much went right for New Orleans on Saturday.

In the second game of a back-to-back – a contest the Pelicans played more short-handed than perhaps any all season – Boston ran away from its guests, building a 30-point lead in the third quarter. The Celtics scored more points than any Pelicans opponent this season.

Pelicans rookie center Jaxson Hayes filled in for the injured Derrick Favors at starting center and turned in a good performance, featuring a career-high 20 points. Off the bench, second-year guard Frank Jackson was red-hot from three-point range in the first half, keeping New Orleans somewhat competitive prior to intermission.