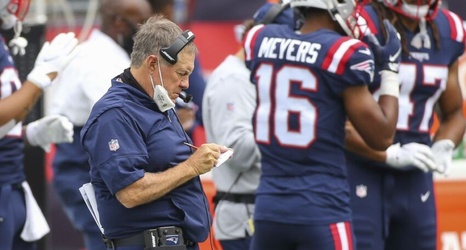 Sitting at 2-3, with a matchup against the San Francisco 49ers on the horizon, the Patriots are currently on the outside looking in when it comes to the AFC playoff picture.

While it’s still relatively early in the season – and COVID-19 complications and injuries have had a major effect – it’s clear through five games this team doesn’t have the same offensive firepower as the vast majority of Patriots teams over the past few decades.

Experts around the league have mixed thoughts about how New England will fare the rest of the season and whether or not there’s cause for concern in Foxborough.