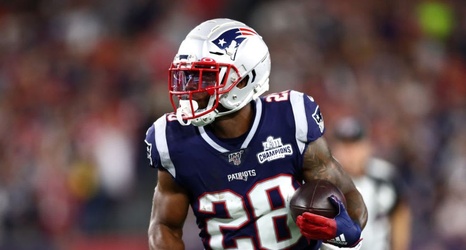 FOXBOROUGH, MASSACHUSETTS - SEPTEMBER 08: James White #28 of the New England Patriots runs with the ball during the game against the Pittsburgh Steelers at Gillette Stadium on September 08, 2019 in Foxborough, Massachusetts. (Photo by Adam Glanzman/Getty Images)

The New England Patriots have a myriad of roster question marks to address this offseason, and no position is garnering more attention than quarterback, which they continue to search for after reportedly parting ways with Cam Newton at the end of the regular season.

Though free agency will get underway next month, fans are starting to question what the Patriots are planning to do in the draft.