Patriots: Cam Newton must shrug off another brutal half vs Niners 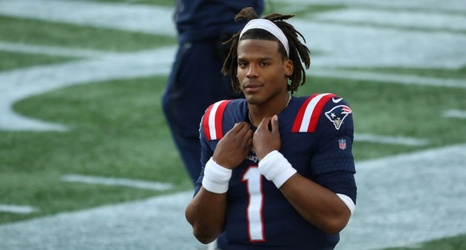 FOXBOROUGH, MASSACHUSETTS - OCTOBER 25: Cam Newton #1 of the New England Patriots walks on the sidelines during their NFL game against the San Francisco 49ers at Gillette Stadium on October 25, 2020 in Foxborough, Massachusetts. (Photo by Maddie Meyer/Getty Images)

Cam Newton’s tentative first half put the Patriots in another big hole to a very aggressive team in the San Francisco 49ers.

Patriots fans aren’t used to this. And they don’t want to ever accept it.

But for the second consecutive week, supposedly with stability restored and the Brian Hoyer-Jarrett Stidham combo permanently removed from leading the offense, Cam Newton has been unable to provide the consistency, arm talent, and dual-threat ability he exhibited early in the season.