How to watch New England Patriots versus New York Giants 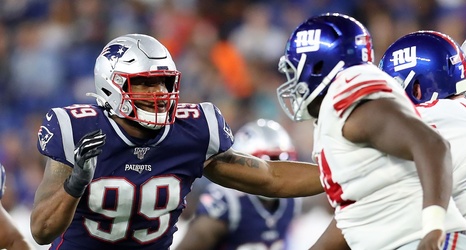 In a matchup between two of the NFL’s premier franchises, the New England Patriots will host the New York Giants at Gillette Stadium this evening on Thursday Night Football. It’s the second of five scheduled primetime games for the Pats this season, and the first since New England opened on Sunday Night Football in Week 1 versus the Pittsburgh Steelers.

After defeating the Washington Redskins on the road 33-7, the Patriots return home as one of only two undefeated teams left in the NFL (the other being ex-Pat Jimmy Garoppolo’s San Francisco 49ers).

New England’s defense has been lights-out all season, but they finally received a dominant performance from their offense as well in Week 5.