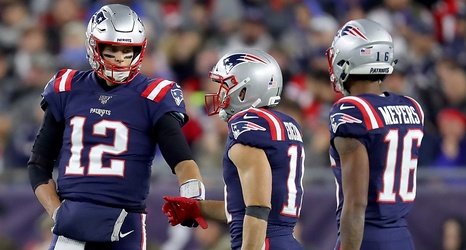 On paper, the New England Patriots should have few problems against the New York Jets tonight: the team is 6-0 and entered Week 7 ranking first in the NFL in scoring on both offense and defense. The Jets, meanwhile, are just 1-4 heading into the Monday night showdown and have had some major struggles on both sides of the ball. Furthermore, the Patriots won the first meeting with a final score of 30-14.

Football, however, is not played on paper and the Jets do present a formidable challenge despite their record and the accompanying statistics — and not just because they field a different quarterback this time around.