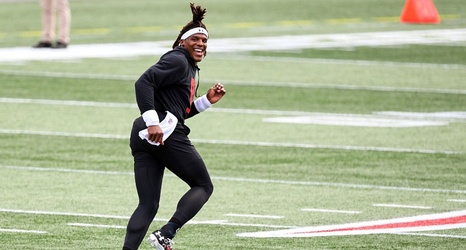 Cam Newton’s initial impression with the New England Patriots has been positive, and it has many people thinking: What could he get in free agency?

The veteran quarterback took a one-year prove-it deal with the Pats that has him making a lower base salary than even some of the league’s low-end backups.

So if he stays healthy and keeps a high level of play up, he likely will get a very, very sizeable raise this offseason, especially with the way the quarterback market has been lately.