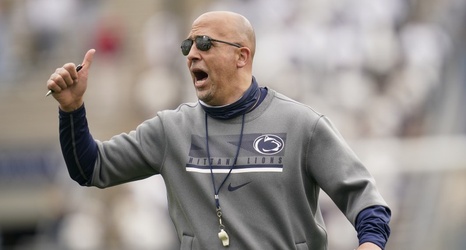 Penn State head football coach James Franklin did not confirm any potential interest in the head coaching vacancy at USC on Tuesday.

According to Audrey Snyder of The Athletic, Franklin said he plans to speak with the Penn State leadership council about rumors and speculation linking him to the USC job. Snyder also said Franklin's "energy and focus" are on Saturday's game against No. 22 Auburn.

The USC head coaching job became available Monday when Clay Helton was fired after parts of seven seasons on the job.