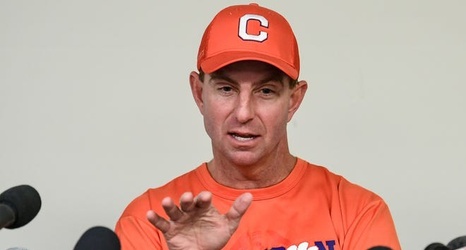 Earlier in the day, Finebaum called Swinney “the most annoying winner in all of sports” during ESPN’s “Get Up” program.

“The guy just can’t keep his trap shut,” Finebaum said of Swinney. “Somebody just give the man a pacifier, send him to timeout and we’ll check in with him on Dec. 28 when he finally plays a legitimate team during this entire college football season.”

Swinney was unaware of Finebaum’s comments.