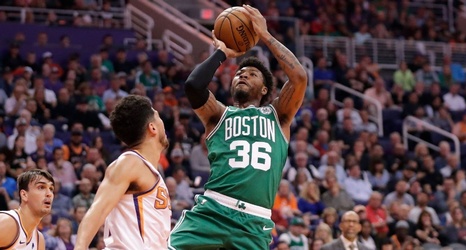 NEW YORK -- The Boston Celtics beat the New York Knicks at Madison Square Garden on Sunday afternoon, but will now have to wait to see if they'll have to spend time without Marcus Smart.

The Celtics guard was ruled out in the third quarter of the 113-104 win after taking a "direct blow to the abdomen" in attempting to take a charge against Knicks forward Kevin Knox.

"The only thing I heard is that it was, I don't know if it's his oblique, or right in that area, and they said, 'It wasn't as bad as in the past,'" Celtics coach Brad Stevens said.