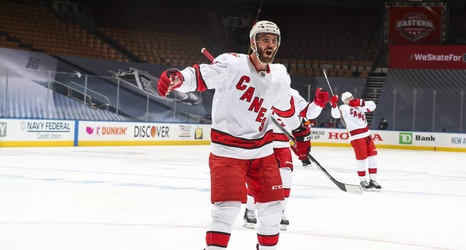 The Montreal Canadiens have announced that defenceman Joel Edmundson has been signed to a four-year contract worth a total of $14 million dollars. The annual cap hit comes out to $3.5 million per year.

Edmundson, whose negotiation rights were acquired on September 12 from the Carolina Hurricanes in exchange for a fifth round draft pick, posted seven goals and 13 assists in 68 games with the Hurricanes in the abbreviated 2019-20 regular season. He notched one goal in 4 games upon the resumption of the season before being knocked out of the lineup by an undisclosed injury.