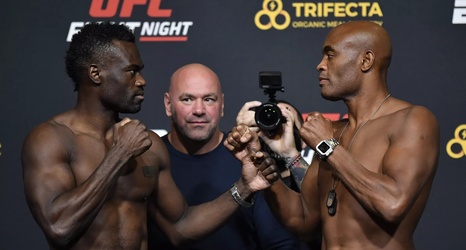 The road to William Knight’s second octagon appearance hasn’t been an easy one, but he will make the walk once again this Saturday.

Knight will face Da Un Jung at UFC Vegas 23 in a light heavyweight matchup at the APEX. The preliminary bout will air on ESPN and ESPN+ before the main card on ABC.

After earning a contract on Dana White’s Contender Series in September, “Knightmare” made a quick turnaround and defeated Aleksa Camur 25 days later at UFC 253. The Thornton MMA standout would have a pair of dates to face Alonzo Menifield in February and March, but both fighters would test positive for COVID-19 along the way, which caused the promotion to make some abrupt changes.