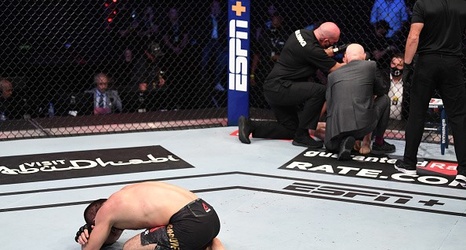 After Khabib Nurmagomedov won at UFC 254 and announced his retirement, the lightweight division is left without a champion. With such a stacked division, the UFC probably won’t take long to fill the vacancy. There have already been UFC betting odds released for the future of the division, as well as Nurmagomedov’s fighting future. One set of betting odds is very telling about the immediate future of the division.

The least surprising odds are regarding Nurmagomedov’s future as a fighter. According to betonline.ag, the odds that Khabib sticks to his retirement are -500.