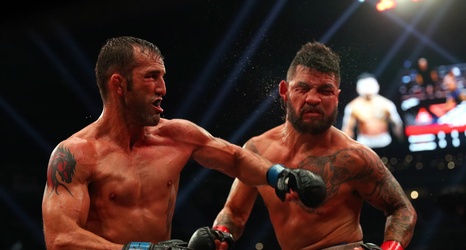 On Saturday, Triller launched its first-ever Triad Combat event. Dubbed as a “revolutionary” form of prizefighting, it pitted some of boxing’s veterans and up-and-comers against some of the prospects and established names of mixed martial arts.

At the top of the bill was former UFC champion Frank Mir, who took on two-time challenger Kubrat Pulev. “The Cobra ‘’ proved to be a handful, throwing more crisp combinations as Mir relied on the clinch.

The Bulgarian boxer was able to hurt Mir with a right hand, then followed it up with a left hook. Mir, who was visibly wobbled on his feet during this time, tried to keep his balance.