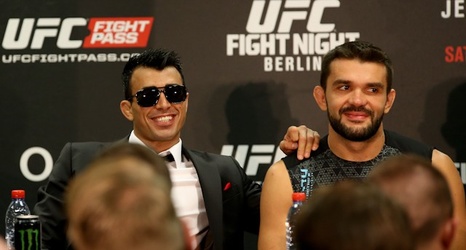 “Mr. Finland” is back and he’s bound for Liverpool.

Makwan Amirkhani will return to the Octagon after a year-long absence at UFC Fight Night 130, taking on Jason Knight. The bout was first reported by Swedish outlet Viaplay Fighting and was subsequently confirmed by the Ultimate Fighting Championship on Wednesday evening.

UFC Fight Night 130 takes place May 27 at the Echo Arena in Liverpool, England. Undefeated local welterweight Darren Till is expected to headline the UFC’s debut in his backyard against a yet-to-be-named opponent.

Amirkhani, 29, made a scintillating Octagon debut in January 2015, knocking out Andy Ogle in a mere eight seconds with a flying knee and salvo of punches, an achievement tied for the fifth-fastest fight finish in promotional history.