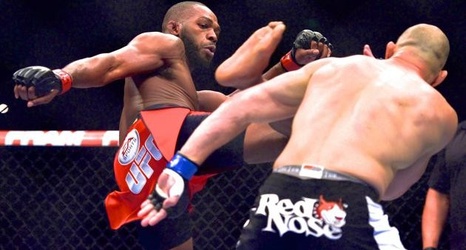 Aljamain Sterling found himself on the receiving end of another brutal knee, but the UFC bantamweight champion can laugh about this one.

Sterling took to Twitter on Monday night to share some photos of a gruesome cut on his bottom lip that was apparently caused by a knee during a recent training session. The ‘Funk Master’ wondered if he should get stitches for the cut, which he ultimately did on Tuesday afternoon.

Sterling also joked that the stitches he received could delay his return to the Octagon until 2023.