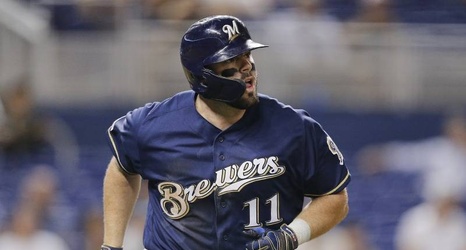 The Cincinnati Reds reached an agreement Monday with infielder Mike Moustakas on a four-year, $64 million contract, according to ESPN's Jeff Passan.

The Athletic's Ken Rosenthal reported the Reds plan to play Moustakas at second base with Eugenio Suarez locked in as the everyday third baseman.

Moustakas declined an option in his contract with the Milwaukee Brewers following the 2019 MLB season, which allowed him to hit the open market for the third straight year.

Although a vast majority of his playing time across his nine-year career has come at third base, he did showcase impressive versatility in 2019 for the Brew Crew.