The Minnesota Timberwolves should not trade Robert Covington 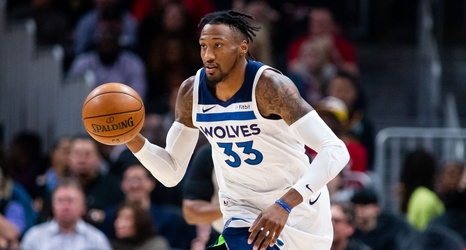 The Minnesota Timberwolves shocked most of the NBA when they jumped out to a 7-4 start and looked like a legitimate playoff team in a tough Western Conference.

However, the young Wolves have cooled off significantly since then and now sit at 10-13 after losing nine of their last 12 games.

According to Kevin O'Connor of The Ringer, championship contenders around the league are keeping their eyes on Minnesota as Robert Covington would be a great fit for any team trying to win a title.

Those contenders are hoping the Wolves fall out of playoff contention and become sellers by the time the trade deadline rolls around so RoCo can become available in a trade.